It’s has been a wild day here with heavy showers, these falling mainly as rain and sleet with some snow on the higher summits. The winds have been West-South-West so West to Southerly aspects are scoured and some exposed ground is bare. At lower levels the snowpack is becoming patchy. There were heavy snow amount forecast for today and moderate amounts for tomorrow, it seems that nearer the sea it is mainly falling as sleet, but further inland it will be different.

Souther aspects of Beinn Eigh are well scoured in the storm force winds. 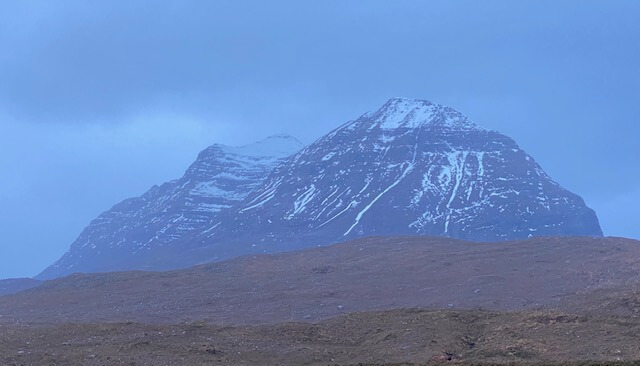 Liathach, looking rather bare, along the wind sheltered terrain at higher levels there will be snow on the Northern to Easterly aspects. 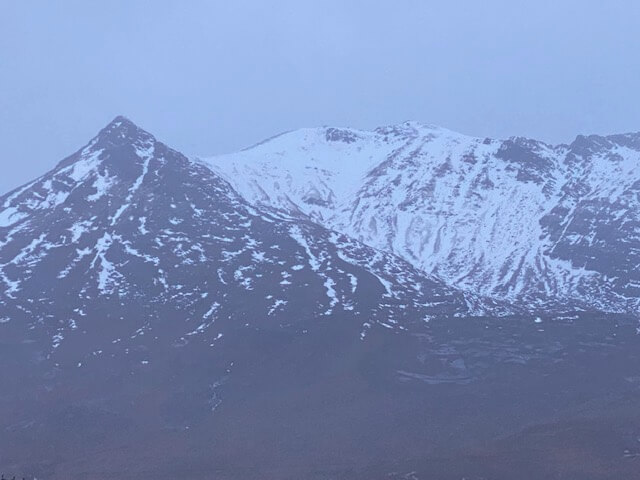