A nice clear start to the day but it did not last long as it soon turned very showery with heavy snow showers in the Cories. These showers fell as rain below 500 metres, The snow pack has depleted with better cover above 650 metres. The older snow pack is generally well bonded and stable with some new windslab instabilities forming on very steep wind sheltered terrain. The weather forecasters estimate the snow amounts we are expected to get and its notoriously difficult to get accurate amounts, but today as predicted the snow shower came in and were heavy with impressively large snow flakes. 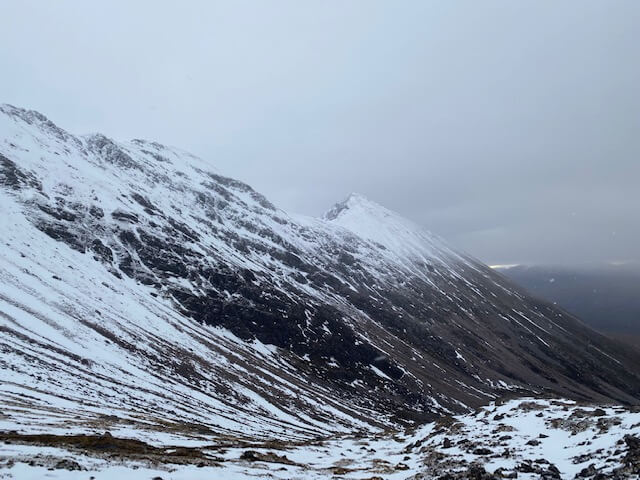 Before the visibility deteriorated with the new showers view were good. 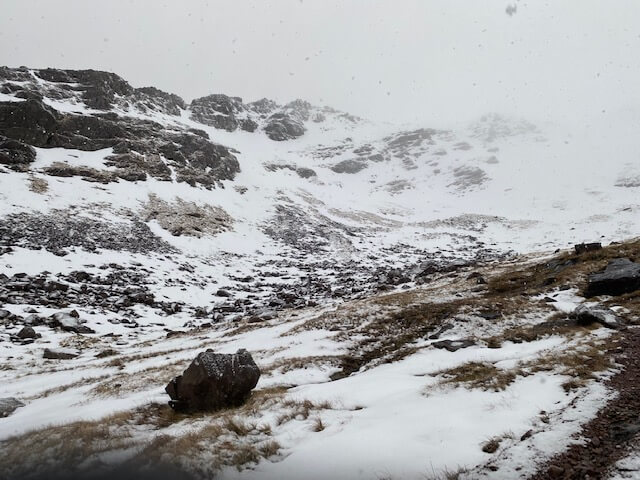 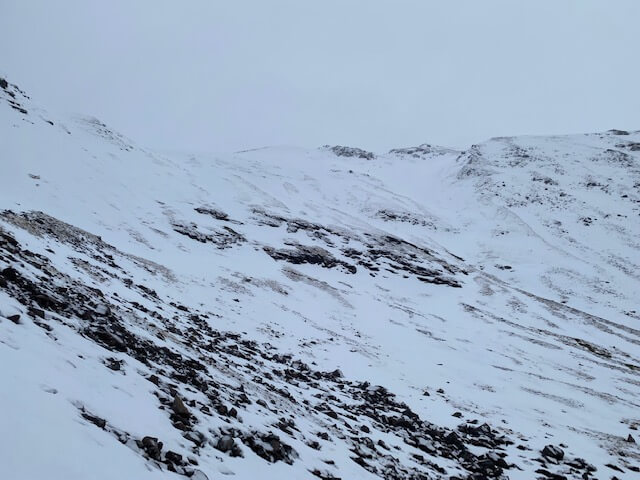