Snow showers and summit cloud again today, this time more frequent showers in the morning on a Southerly airflow. Perfect timing as I walked up Beinn Liath Beag in the Fannaichs through rain, sleet and snow to arrive at the summit as it cleared. More rain arrived mid afternoon, with snow above 400m. as the freezing level lowered. 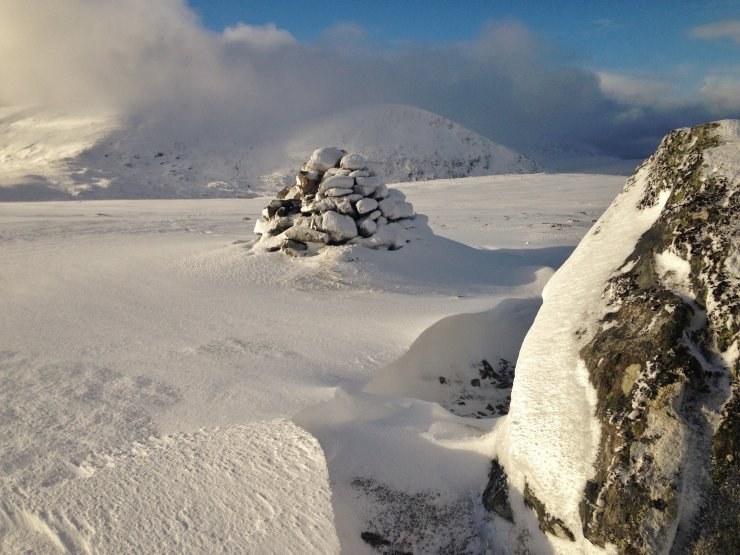 (Above) The summit of Beinn Liath Bheag (665m.) with the Munro of Beinn Liath Mhor Fannaich (954m.) in the background. There was snow drifting from left to right and indicated by the windscoop forming (snow erosion) on the windward aspect of the boulder on the right and a snowdrift forming (snow deposition) in the lee of the cairn. 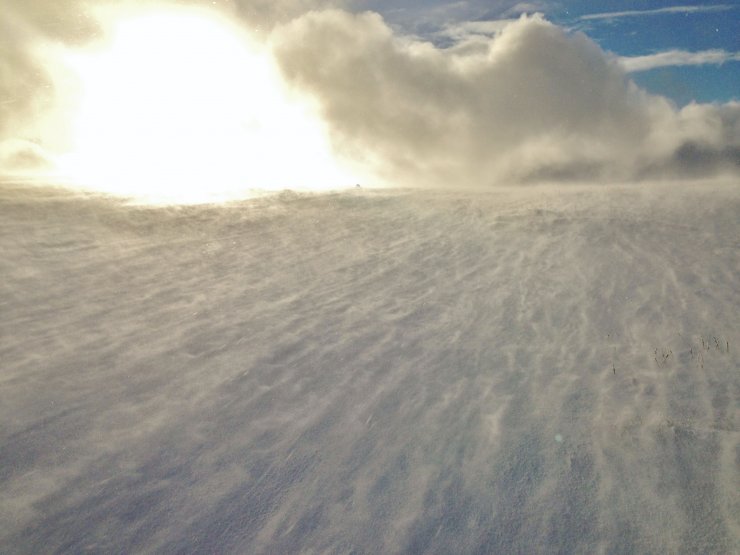 (Above) Spindrift, aka snow transportation and redistribution. Even in lesser wind speeds of 10-15 mph  (as was recorded here), loose/unconsolidated dry snow is moved from windward aspects to wind sheltered aspects where it accumulates as windslab. Issues can develop in windslab if there are instabilities or poor bonding occurring, particularly affecting steep terrain and where the windslab gains depth and extent. 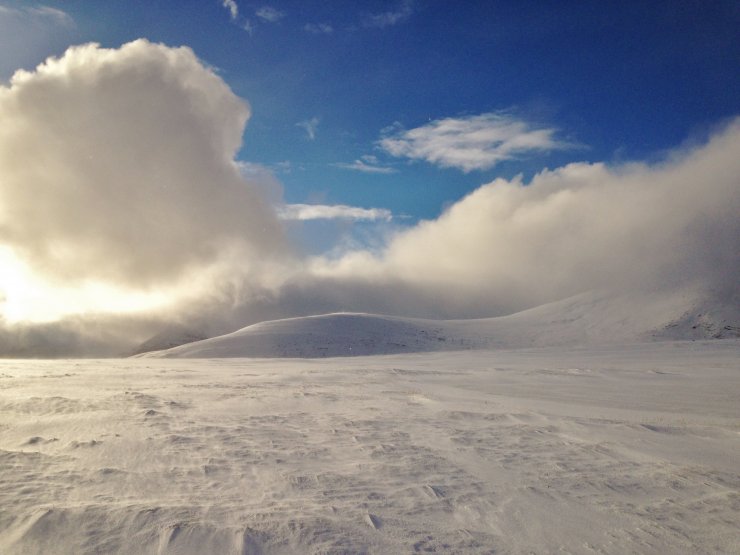 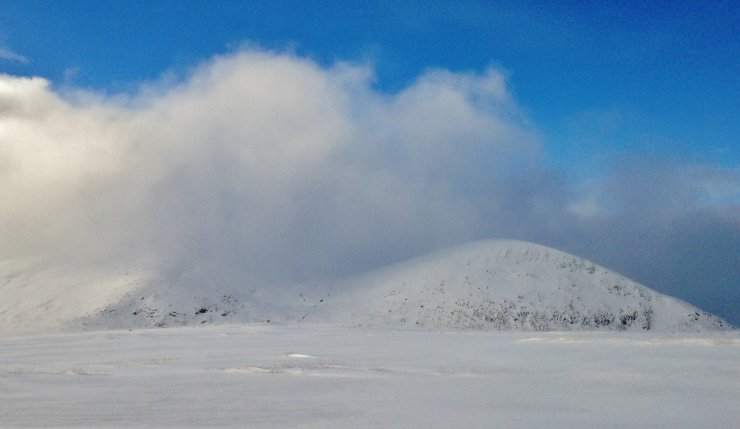 (Above 2 photos) The N and NE aspects of Beinn Liath Mhor Fannaich. Some deeper drifts were noted, although the general new snow cover remains relatively shallow. No cornices were noted today, but there will be new cornice development over the next 24 hrs. 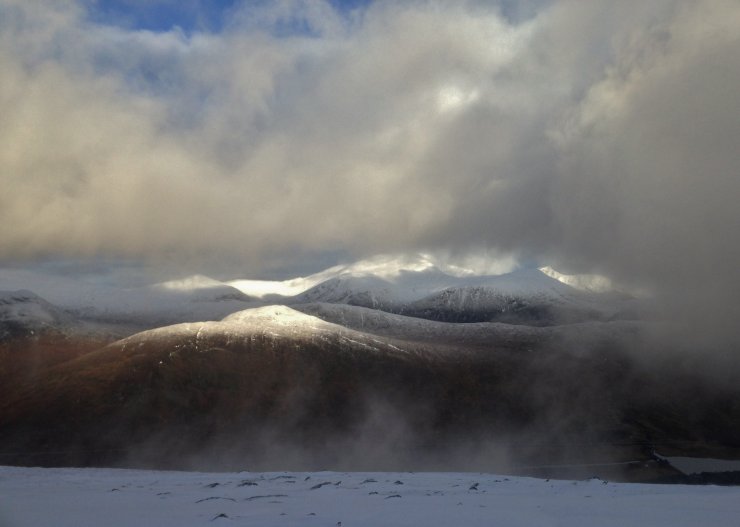 (Above) Looking across to the windward (southerly) aspects of Beinn Dearg – the summit remained in the cloud.