The cold Arctic Maritime airflow continued today bringing largely light scattered snow showers which developed from late morning onwards. As a result, there is a light dusting of fresh snow above around 550 metres. However, during the course of the day, the new snow ‘burnt off’ on sun exposed aspects and thawed at lower elevations. Otherwise, the patchy old snowpack remains firm, well bonded and stable throughout. 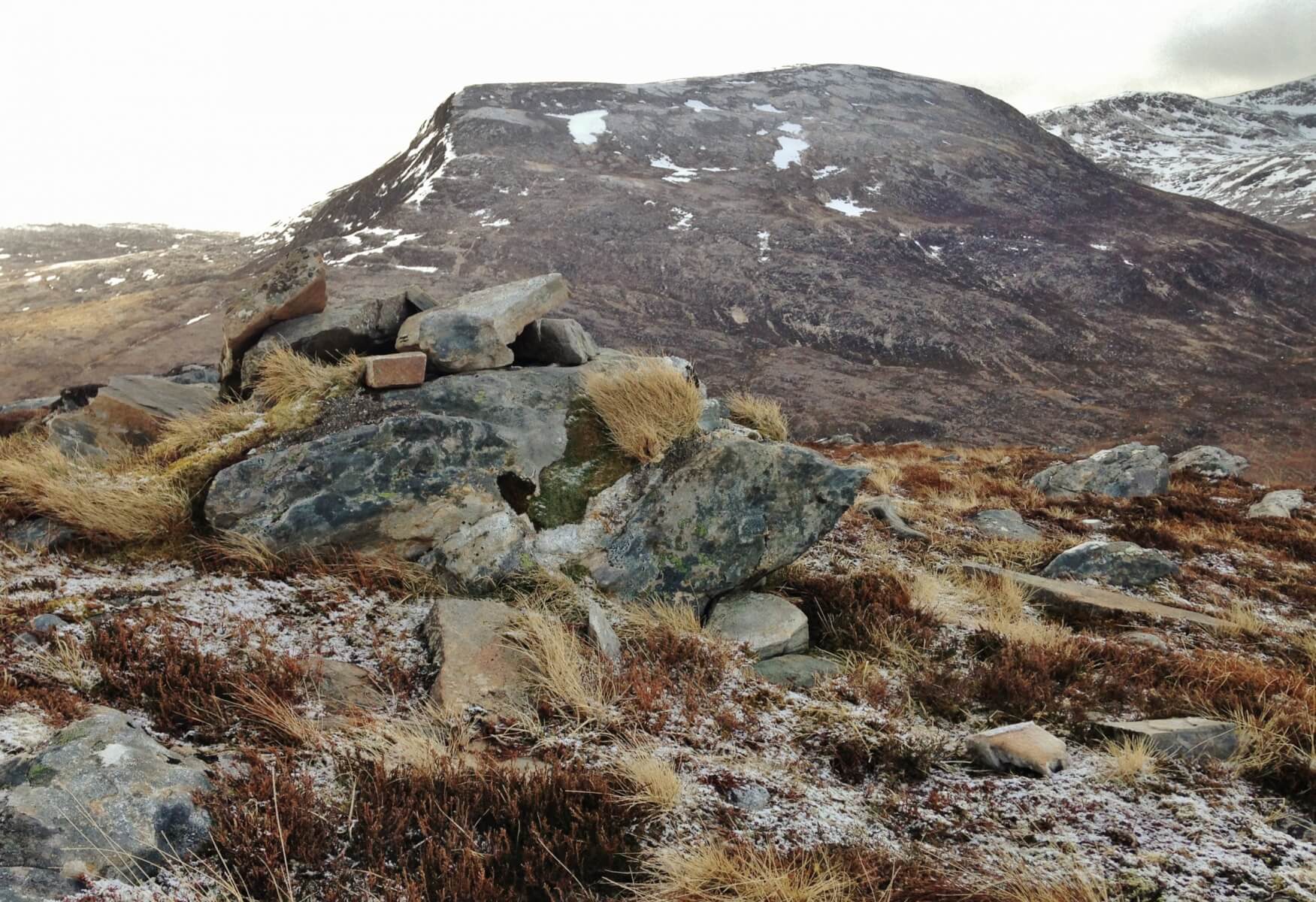 (Above) A very light dusting of new snow persists in shaded locations such as this sheltered Northerly aspect behind a summit cairn. 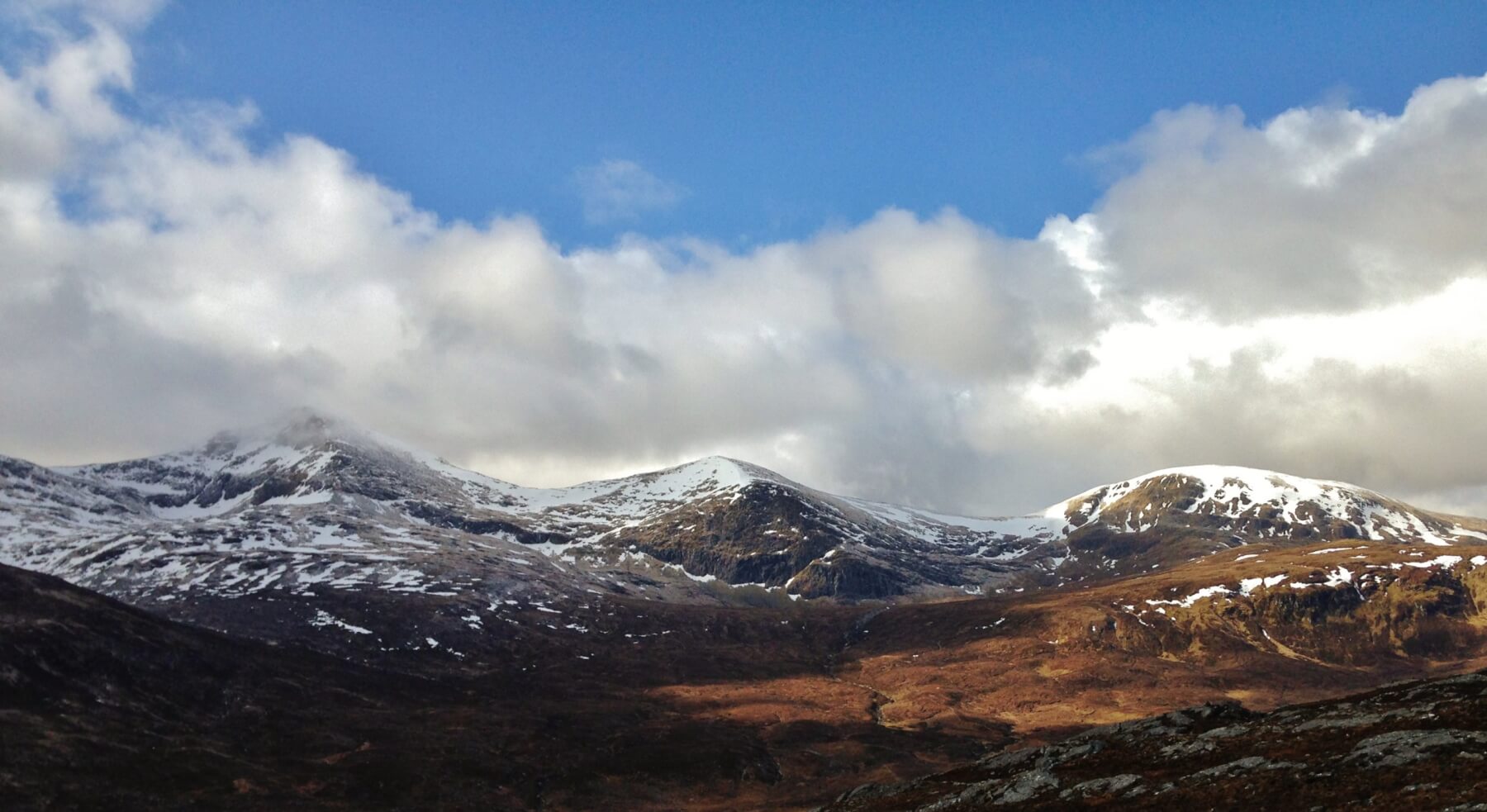 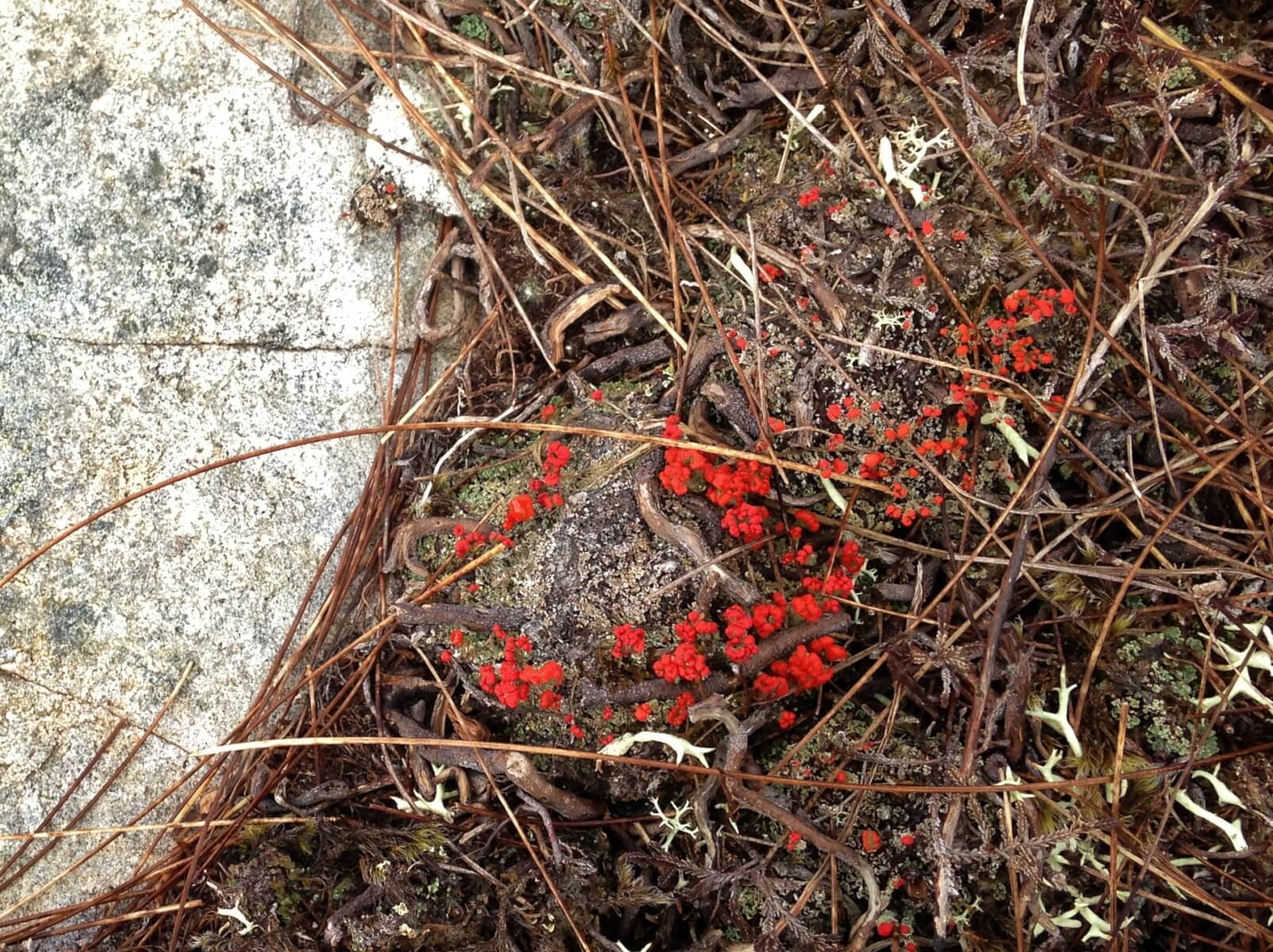 (Above) Lovely to see a splash of colour in the mountains at this time of year. In this case, the fruiting bodies (red caps) of a Cladonia lichen, most likely ‘British Soldier Lichen’, named after the red uniforms of the British soldiers worn during the Revolutionary War. 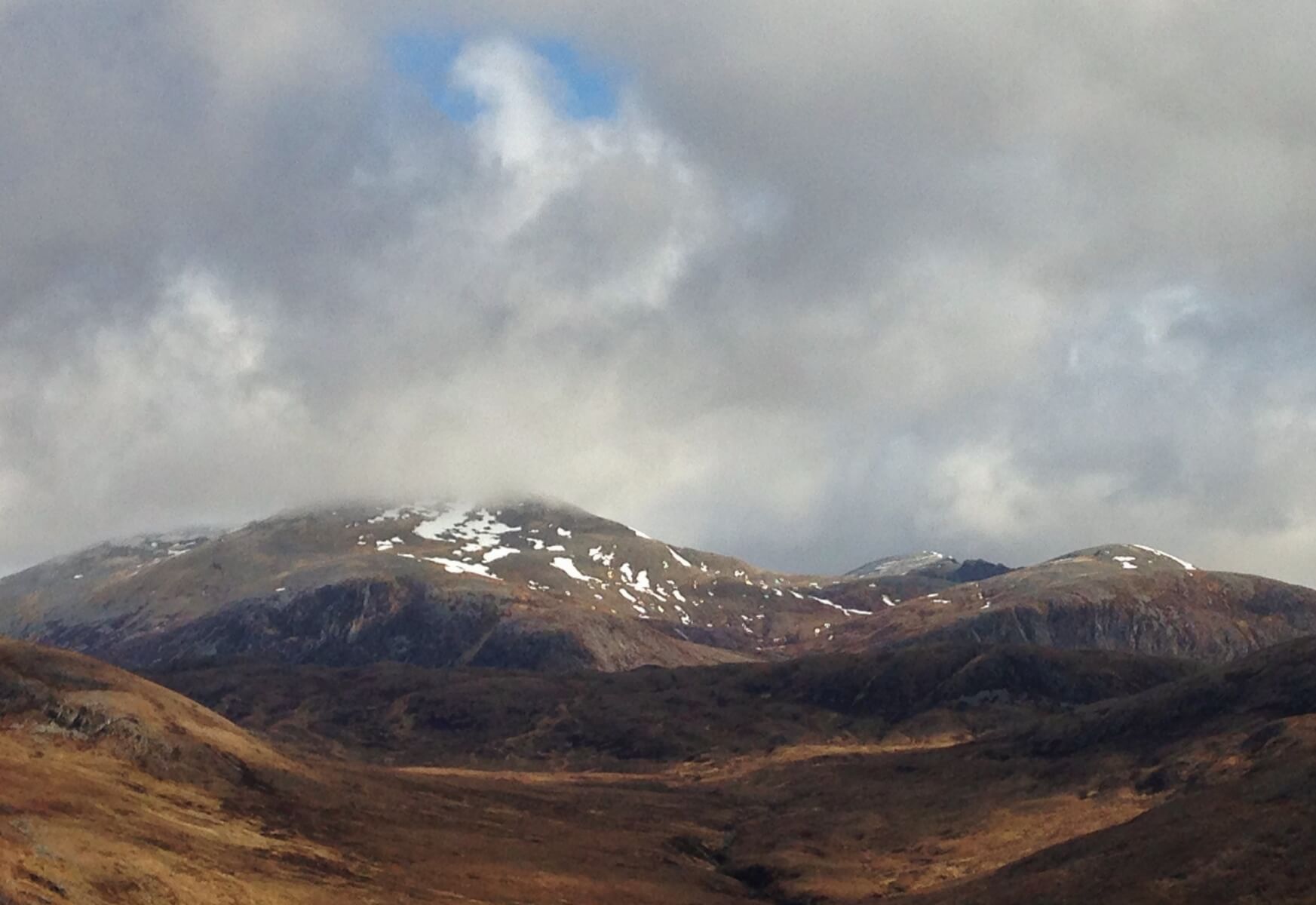 (Above) Lingering patches of snow on the Southerly aspects of Beinn Dearg (1084m.)